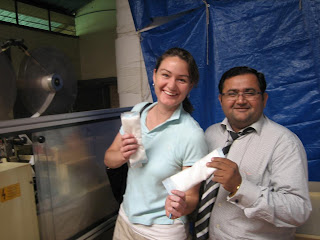 Not even close…in fact, those are the countries which contribute to the production of the existing Rwandan sanitary pads. The materials are from France, the machine from Italy, the packaging from Kenya, the packers from Rwanda, the management from India, and I’m sure some Germans had a hand in there somewhere. 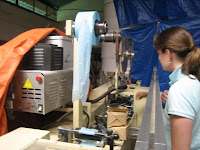 Yes, it is true! The core SHE Team is now reunited as I join Hannah in Rwanda. It's like when Laverne came back from that journey and joined Shirley. Or Ponch and Jon from "CHiPs"....or Sylvester and Tweety...or Bill and Ted! We've banded together again as the SHE Team plans to roll out its pilot to increase access to affordable sanitary pads in Rwanda and beyond!

As we plan, there are a number of decisions to make...including our legal organizational structure which leads me to ask: Is Rwanda going down the yellow brick road to find a pot of gold or a pot of manure with its new structural laws? Right now, Rwanda does not allow NGOs to have income generating activities that cover NGO operational costs. Did the country just not read the latest handbook on sustainability? Or is it that they are being more visionary than others? By driving ventures like us to the for-profit sector, the Rwandan govt aims to increase its tax revenue and wean its way off of development aid. Brilliant, huh?! That is if people follow suit and NGOs don't just flood the market with free products/services, thereby making it uncompetitive for those nascent, tax-paying businesses like SHE!
2 comments:

Email ThisBlogThis!Share to TwitterShare to FacebookShare to Pinterest
Labels: Sustainability? 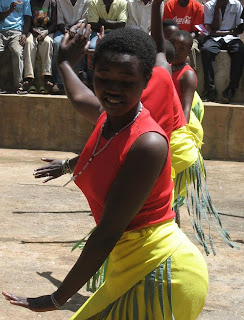 SHE Rwanda has been making some great strides towards getting sanitary pads to girls and helping them stay in school. One way we are doing this is to partner with youth centers around Rwanda that will sell our pads, along with other family planning products, in youth-friendly environments.

During a recent visit to one of the youth centers I witnessed a huge dance party being held as an excuse to pass on educational lessons about reproductive and sexual health.

Because of the popularity of these centers, and their importance for educating communities in rural locations, SHE’s partnership with them enables us to greatly increase girl’s access to low cost sanitary pads. In the first three months of sales at youth centers, SHE anticipates being able to reach up to 10,000 girls in rural locations and that’s only the start!

NYTimes' Kristof Joins the SHE Team!

Nicholas Kristof went where many do not once again when he talks about girls' absence from school because of menstruation and what SHE is doing about it. Check it out!

Email ThisBlogThis!Share to TwitterShare to FacebookShare to Pinterest
Labels: NYTimes' Kristof Joins SHE


Last week, SHE champion and businesswoman extraordinaire Christine, took me three hours out of Kigali, to sit in a field in a small district to see President Kagame.
Kagame makes rounds between districts to encourage local communities to work hard and to hear complaints directly from citizens. 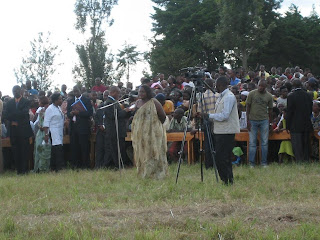 Christine wanted me to go to address Kagame about SHE. I have generally become very comfortable talking to all manner of people about sanitary pads, including one very uncomfortable Ambassador, but I have to say, the prospect of having a conversation about sanitary pads with President Kagame, in front of a crowd of thousands whilst being broadcast on every radio station in the country, was a bit too daunting. 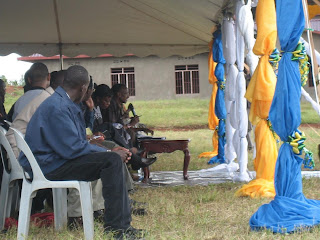 However, Christine took the torch, and waited in line to announce to His Excellency and all of Rwanda, the work that SHE is doing in Rwanda. Go Christine!